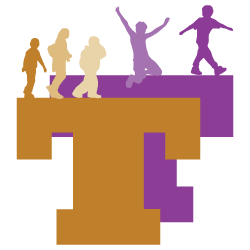 I would later learn that Stephanie’s was the 2nd case diagnosed as attributable to the Fallon, Nevada childhood leukemia cluster. In early June 2001 I again found myself traveling to the University of Pennsylvania Medical Center at Philadelphia to spend the day with Steph; she had undergone an UCB stem cell transplant there on 23 MAY 2001. Although the transplant had gone very well with engraftment beginning soon after the procedure, Steph remained hospitalized. During my drive to Philadelphia I struggled to find the words that I had to speak to Stephanie that morning that young Adam Jernee of Fallon who also battled ALL T-cell, had died the previous day in a hospital in Southern California.

Stephanie and I spent perhaps our first hour together that morning in idle chitchat and with Steph good naturedly complaining about hospital food and that sort of thing. She complained bitterly of how badly she missed her son. She could tell that something was bothering me and I could not delay the inevitable any longer. There are no good words by which to deliver bad news and as gently as I could I told Steph of Adam’s passing. Stephanie turned away in silence and remained sullen and detached for what seemed like an eternity. After a while Steph turned back to me and asked me how old Adam was; I told her that Adam was 9 years old. Steph’s eyes filled with tears and slowly those tears were replaced with anger. STEPHANIE’S PLEA Daddy, they’re just little kids. They didn’t do anything wrong.” Stephanie Suzanne Sands died in my arms on 1 SEP 2001 at the age of 21. She left behind an adoring 3-year-old son, Ewan Mikel Sands, and a heartbroken family. THE FALLON, NEVADA CHILDHOOD LEUKEMIA CLUSTER By her own words Stephanie planted the seeds of my activism that June day; her death lit a fire within me. The Fallon, Nevada childhood leukemia cluster is the most aggressive attack of cancer in medical history worldwide, in terms of time/spatial clustering. The official investigation into the Fallon leukemia cluster recognizes 17 cases of childhood leukemia.

In Truth, there are no less than 25 children who have been cut down by Fallon leukemia over the course of several years; no less that 5 of our young warriors have died. The Fallon, Nevada childhood leukemia cluster was identified and exposed, not by the Nevada Cancer Registry or by the Nevada State Health Division, but by the parents of Fallon children undergoing treatment for leukemia at Oakland, CA Children’s Hospital when they literally ran into each other there. Richard Jernee would later tell me that after encountering several other Fallon parents there in Oakland that What the hell? Became the word-of-the-day among Fallon parents who found themselves thrown together several hundred miles from home. The Fallon, Nevada childhood leukemia cluster soon hit the Public consciousness and the glare of national media attention forced CDC- the Centers for Disease Control to launch it’s first cancer cluster study in more than 20 years. CDC and the Nevada State Health Division publicly predicted that their work would fail and several years later gloated in their failure as they closed their Fallon investigation. As with all of CDCs previous cancer cluster investigations, their Fallon study was doomed to be Inconclusive by Design from the very outset. I know of no other individuals, agencies or businesses which claim to achieve success through failure, yet this is CDC’s stock in trade. CDC’s Fallon childhood leukemia cluster study is it’s 109th consecutive failure at cancer cluster study. If CDC were a horse, it would have been put down decades ago.

OTHER COMMUNITIES, SAME STORY: In 2002 Dee Lewis and community activists in Calvine-Florin, CA became alarmed at the excesses of cancers, many of them rare cancers, among their neighbors. The CA activists were rebuffed and derided by governmental agencies as they presented their concerns. Also in 2002 Terry Norbrock of Tucson, AZ began mentoring and supporting many parents in Sierra Vista, AZ whose children had been diagnosed with Acute Myelocytic Leukemia. The Arizona Department of Health used every trick in the book to keep the Sierra Vista case count below statistically significant levels in order to avoid conducting a cancer cluster study there. AZ DOH went so far as to hand off one of the Sierra Vista cases to the Nevada State Health Division for inclusion into the Fallon study.

In 2002 Paul Spracklen, father of a daughter fighting AML at NAVMEDCTR-San Diego bumped in to a woman there who seemed familiar to him. During a brief conversation Paul and this woman realized that they had been neighbors living in base housing while stationed at Guam. Within a short period of time Paul was in contact with a number of other former Guam neighbors whose children were fighting childhood leukemia at various locations around our country. Through personal tragedy Paul discovered and exposed the Guam childhood leukemia cluster, which struck the dependent children of US Navy and US Air Force personnel serving on Guam. In 2003 concerned parents of children diagnosed with ALL and living in Hoisington, KS contacted independent university researchers involved in Fallon, Nevada and Calvine-Florin, CA studies. More recently the story of the struggle of Trevor Smith formerly of McCall, ID has come to light, and Trevor’s and his mother Charlie’s work has begun. Most recently Michael Barry and concerned residents of Victor, NY have discovered stunning clusters of cancer and autoimmune disease among the residents of 50 homes there, which sit atop a known groundwater TCE plume. The list goes on and on and on. The stories remain the same, only the names and faces change.